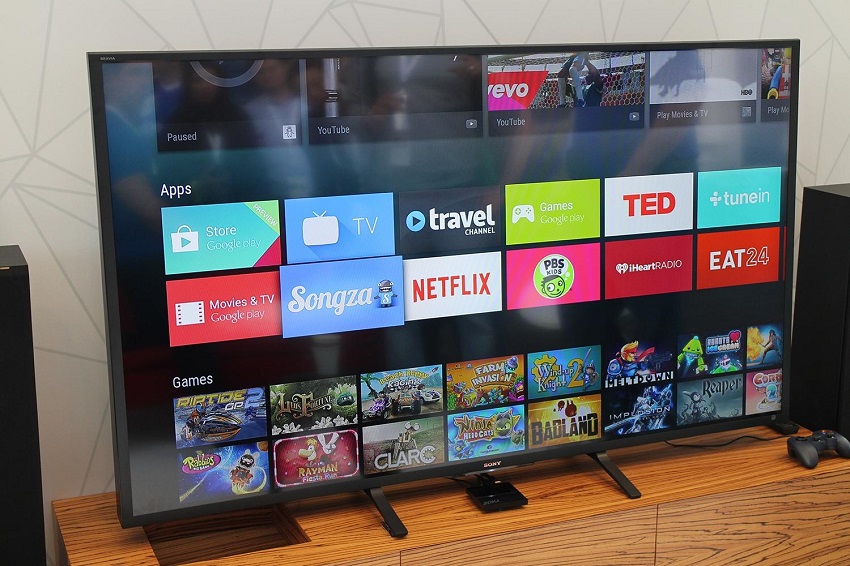 The launchers that come by default in most TV Boxes are pretty boring. Ugly icons and pastel backgrounds that say nothing and give a very unattractive touch. Do you want to customize the interface of your Android TV to show the apps in a more elegant and colorful? In today’s post, we take a look at the best launchers for your Android TV Box. Attentive, because it has no waste!

The 10 best launchers for your Android TV Box

I’ve been using TV boxes for about 4 years at home, and I’ve always had to change the launcher that came pre-installed on the device. And it is not an easy task since there are not too many specific launchers for Android TV that are worthwhile.

However, there are still a few launchers in the Google Play Store that are really good and serve to significantly improve the user experience. 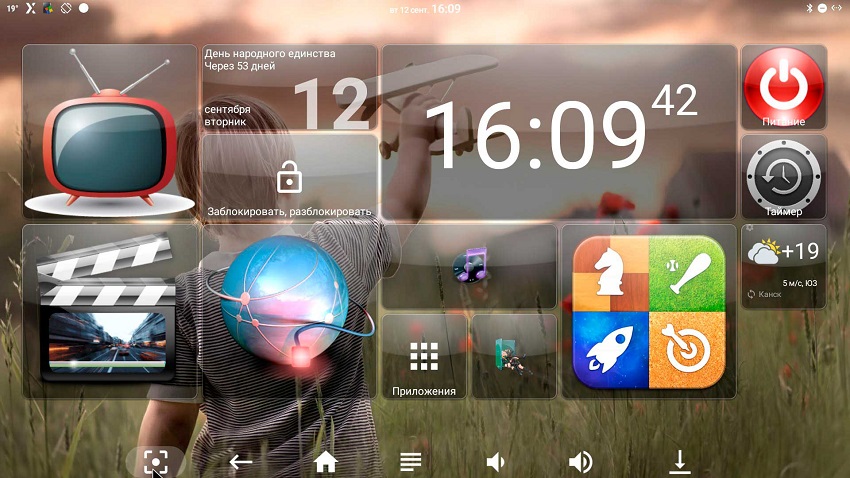 My favorite launcher for Android TV. Whenever I change the TV box I install this launcher, since it is light years away from what most manufacturers offer us (especially if we have a cheap box).

It offers a fully customizable desk, with different sizes for icons, colors, shades, widgets, customizable wallpapers and more. The interface is Metro UI type, which is known to appear in the latest versions of Windows. Do not lose sight of it. 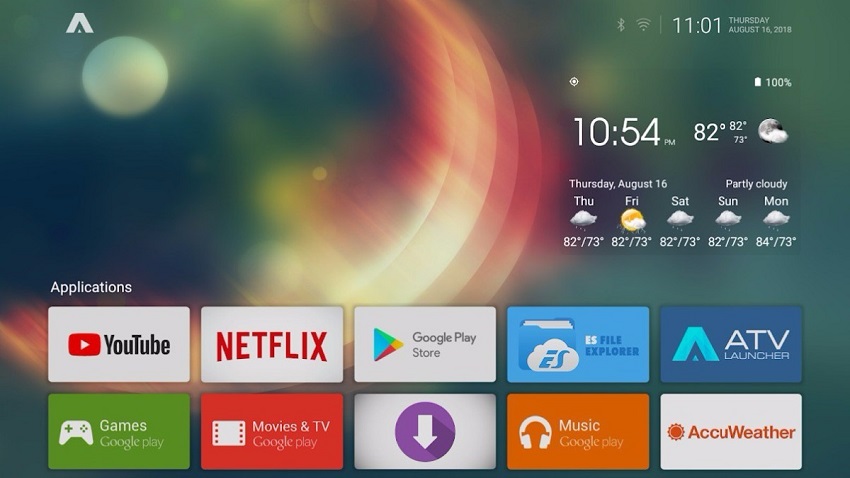 Some TV Boxes do not allow changing the wallpaper. It is an important fact because if we install a traditional launcher designed for mobile phones on a TV Box with this type of blockade, it is quite a nuisance. We could not change the wallpaper and instead, we would have a black wallpaper. Luckily with ATV Launcher we can skip that restriction and put the wallpaper that we want.

In general, an excellent launcher for Android TV. It has a very intuitive interface and is a step ahead of the horrible launchers that come from the factory. 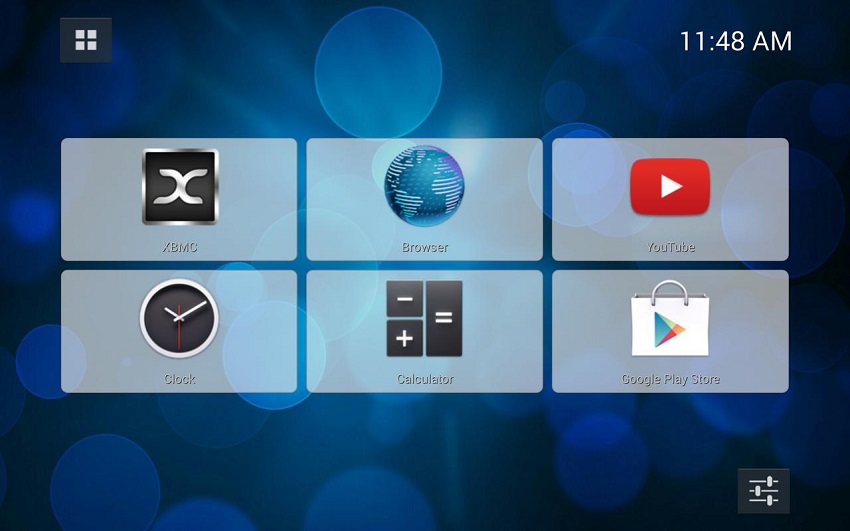 The right launcher for those who use 4 things and already. The desktop is capable of hosting a panel with 6 large buttons where we can assign the apps that we use the most. It is a fairly stable launcher and usually does not give many problems. It allows the use of animated wallpapers (as long as our TV box supports them and we have some stored in the internal memory).

It’s totally free, and like the previous 2 launchers that we just mentioned it does not contain any kind of ads. 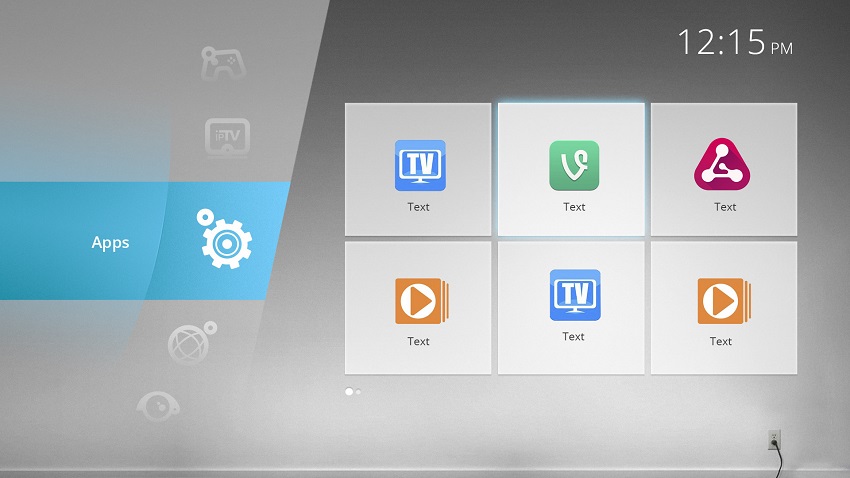 A different launcher and with a really careful interface. It has some customization options, although some could be included for the user’s pleasure. One of its peculiarities is that it offers advanced support for air mouse and adaptive remote controllers.

An app that we should not lose sight of. Notice for boaters: attentive because it is not compatible with some models of Android TV box.

You may also like- The Best Android Call Blocker Apps 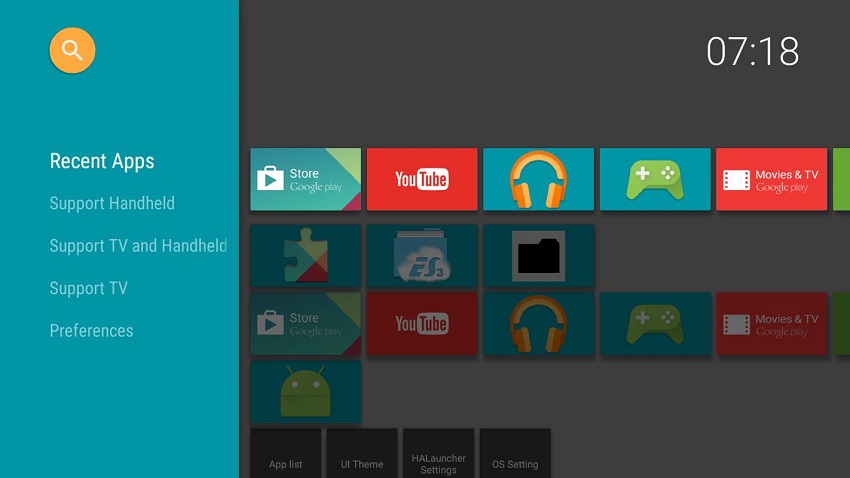 This is a launcher designed to show and open apps that have not been specifically designed for Android TV. Normally in TV boxes and portable consoles with Android do not show the apps that otherwise could work if we load them in the background ( sideload ), something that we can solve with this launcher. It is one of the best launchers for your Android TV Box.

As for design, it is not my favorites, but it has many customization options for sizes, fonts, and colors. Oh! And it allows changing the wallpaper. Of course, it still has some edges to polish. 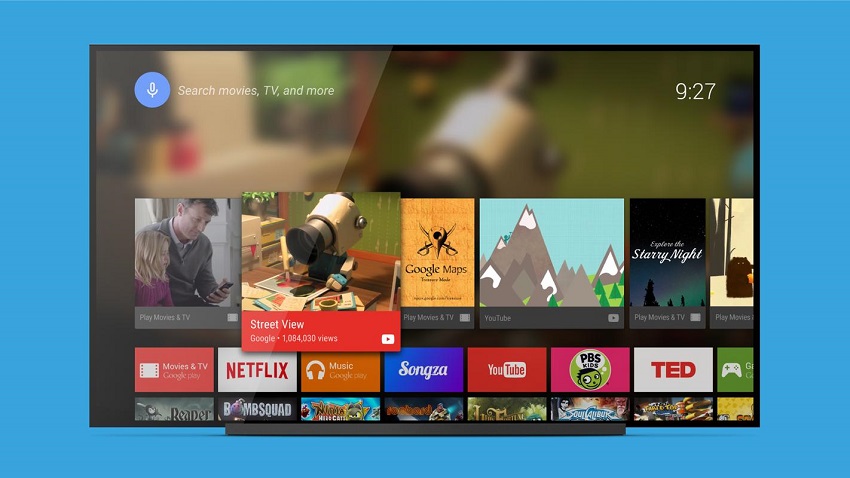 Generic name launcher developed specifically for Android TV. The design is somewhat more static than Square Home and with fewer customization options, but it is presented as a clean and elegant desk. Although developed by an amateur developer offers some interesting results. If you are looking to renew the look of your TV Box it is well worth taking a look.

The only downside is that it has integrated ads that jump from time to time (something we can solve if we go to the premium version). 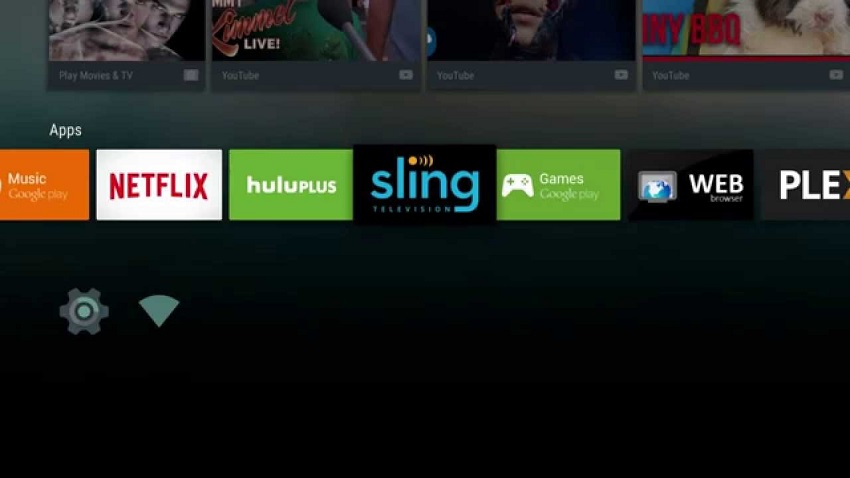 Like HALauncher, this is a launcher to load all those apps that do not appear in the Home of our Android TV because they are not completely compatible. Mind you, that does not mean that they will work, but at least it allows us to test them and use them if they are operational. A very practical launcher if we have compatibility problems with any application. It is more stable than HALauncher – something to be expected considering that we are talking about an app developed by Chainfire. 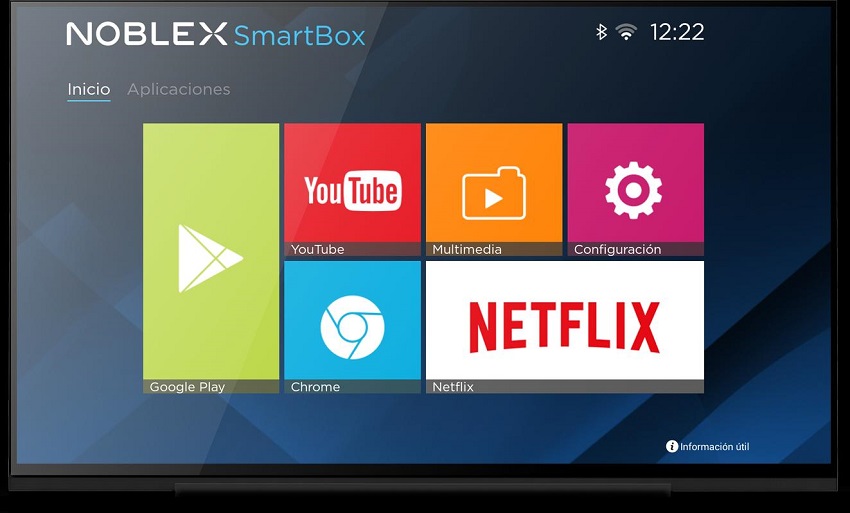 Application designed for TV Boxes of the Noblex brand. Even if we do not have an Android TV from this manufacturer, we can install it anyway. It is a launcher with a more than appropriate design, very similar to Square Home 3, but with fewer configuration options.

Perfect if all we want is a pretty launcher instantly, without having to worry about personalization. 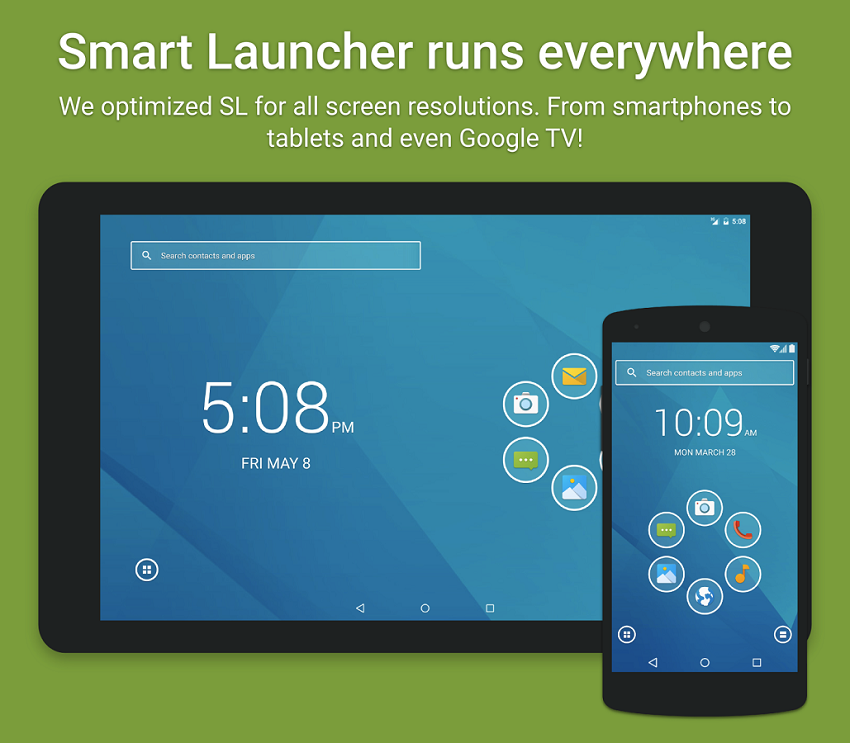 It is a launcher that is designed for mobile but adapts quite well to the widescreen format of a TV. Presents 2 customizable desktops: one with the app drawer in a circular and another more traditional.

It has a really basic design that can come to our hair if we are looking for a minimalist environment without distractions. 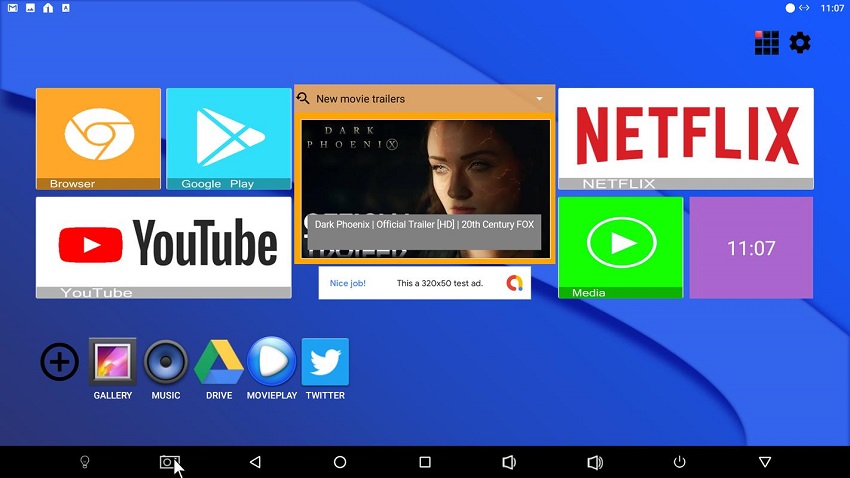 A launcher whose particularity is a central window from which we can search on YouTube. The presentation is not bad, but the wallpaper is not customizable, and sadly it is quite shabby. Ouch.

On the other hand, the launcher has no configuration options, which makes it a rather rigid tool. However, it has a stable interface and we will hardly see crashes. 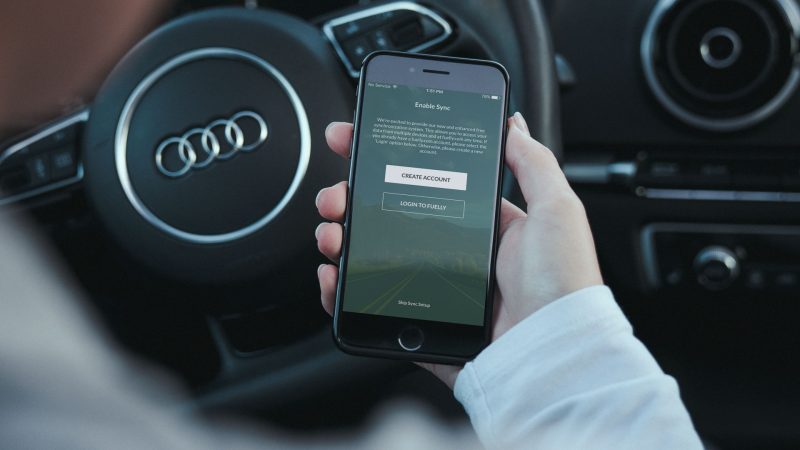 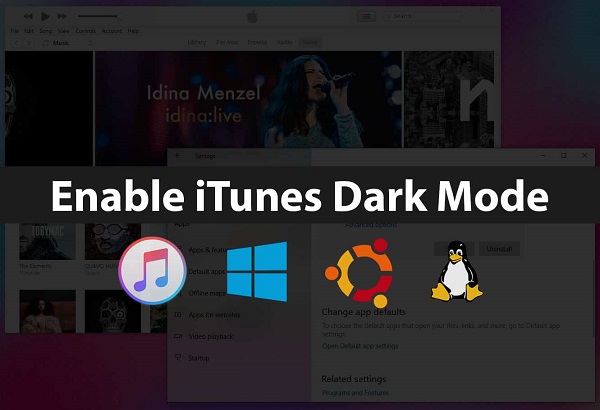