The 15 upcoming games 2019 that we are waiting for 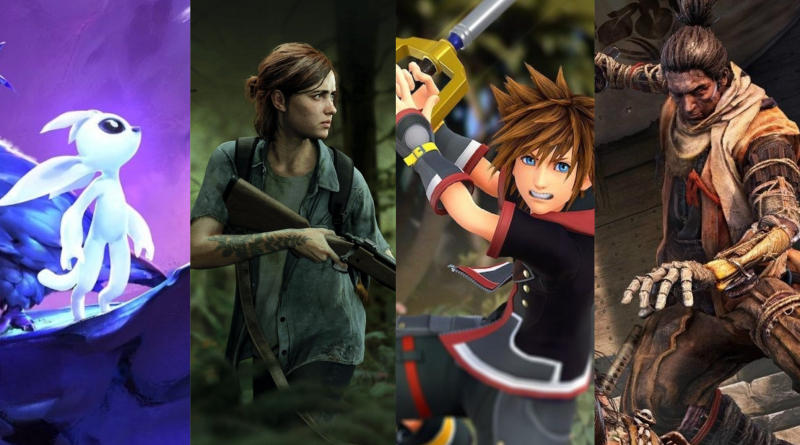 A new year has already begun and no doubt it will bring some fantastic upcoming games that we’ve been waiting for. 2018 was a great year for video games but 2019 brings many gems for PlayStation 4, Xbox One, Nintendo Switch, and PC.

After the year that gave us God of War, Red Dead Redemption 2, Assassin’s Creed Odyssey, Super Smash Bros. Ultimate, Marvel’s Spider-Man, Dragon Ball FighterZ and Celeste, we can expect many more to come.

Here is a list of most expected upcoming games are:

Resident Evil 2 for many is the masterpiece of the video game saga, even surpassing the first (although this generates disputes and rough edges among fans). Now, 21 years after the official release of the creation of Hideki Kamiya and Shinji Mikami, he will return with an absolute remake on January 25 on PS4, Xbox One, and PC.

More than a decade after the arrival of Kingdom Hearts 2, its sequel is finally listed on upcoming games 2019. The fans have waited a long time, so this time Disney and Square Enix have included even more worlds to explore in the alleged latest installment of the Sora saga, including Big Hero 6, Frozen and Toy Story. It arrives on January 25 on PS4 and Xbox One. You can also visit onlinegamblingcasino.co.nz.

In 2010 came Metro 2033, a game inspired by the post-apocalyptic novels of Dmitry Glukhovsky that take place in the Moscow metro. The new game goes further and allows to explore an open world to look for survivors of the nuclear catastrophe and will arrive on February 15 to PS4, Xbox One, and PC.

Anthem is an RPG action game focused on multiplayer and what they say is a good spatial story. It seems to be an attempt by EA to follow the trend started by Destiny years ago, and it looks pretty good. The game has been developing for years, but it will finally arrive on February 22 on PS4, Xbox One, and PC. 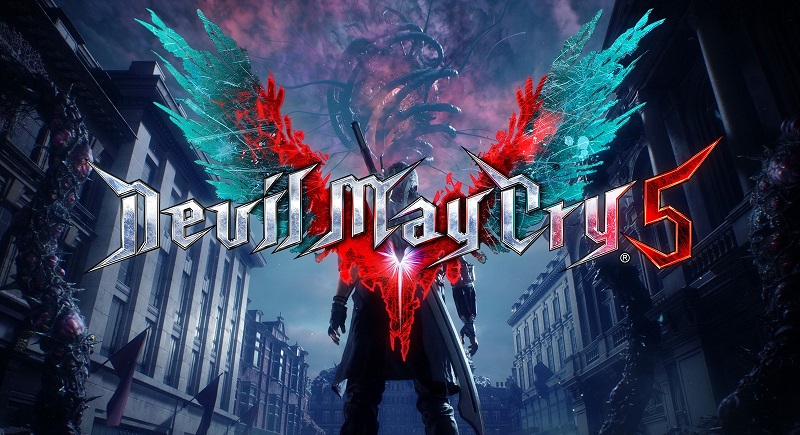 Dante and Nero return in a game that develops years after the events of Devil May Cry 2, and what we have seen in trailers promises a lot of action, shooting and non-stop hits in the style of the hack and slash genre. It will arrive on March 8 to PS4, Xbox One, and PC.

In 2016 came The Division, a new Ubisoft franchise that was based on survival and multiplayer with a tactical and almost military combat, like all its games inspired by Tom Clancy’s novels. Now its sequel is approaching, which offers more of the same, but better, and this time it takes place in the city of Washington. You can find it in upcoming games and scheduled to arrive on March 15 to PS4, Xbox One, and PC.

The new game of the creators of Dark Souls leaves aside the medieval fantasy and moves to the fantasy of ancient Japan, focusing on the story of a ninja who is presumed dead after losing an arm, and now he will dedicate himself to rescue his leader and get revenge. The combat, as in each title of these studies is the jewel in the crown of the game and this time it adds verticality to jump and climb walls while you fight. It looks great and arrives on March 22 to PS4, Xbox One, and PC. 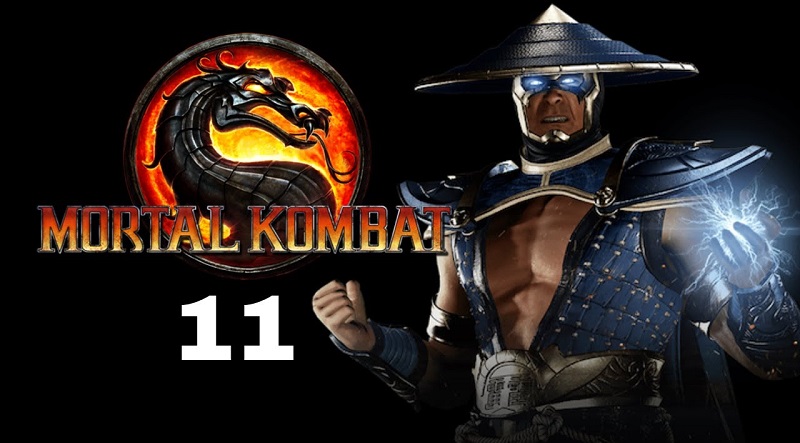 A new game of Mortal Kombat was announced during the Game Awards 2018 to arrive much sooner than we imagined. The title promises a new engine, more blood, more violence and even the use of weapons in combat, in some way. One of the kings of the fascinating and fun genre of fighting games returns on April 23 to PS4, Xbox One, Switch, and PC. No doubt, it is one of the most anticipating upcoming games.

It has been almost three years since it was announced at E3 2016 but since then Days Gone has become one of the most anticipated PlayStation games. It takes place in a post-apocalyptic world but this time more in the style of the movie World War Z in which hundreds of zombies and weirdos will chase you at the same time. Finally arrives on April 26 to PS4.

Ori and the Will of the Wisps

Ori and the Blind Forest was without a doubt one of the best games of 2015 And so many of us are looking forward to get its sequel. This is called Ori and the Will of the Wisps and will again invite us to control Ori in a new adventure. It will arrive in the upcoming games to Xbox One and PC.

After a couple of years in which all the studios seemed to want their own version of Dark Souls to the point that it has practically become a subgenre, Code Vein is not one more of the bunch, but a game with a dark plot worthy of a macabre anime that includes vampirism, blood, a post-apocalyptic world and a combat that does not forgive mistakes. It arrives sometime in 2019 to PS4, Xbox One, and PC. 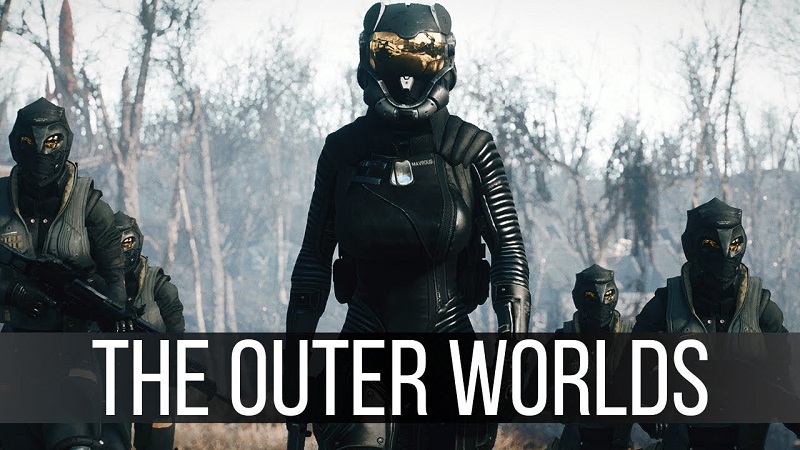 During the Game Awards 2018 was also announced by surprise The Outer Worlds, the new Obsidian Entertainment game that is under the direction of the creators of the Fallout saga. It is a classic RPG game that seems to be a kind of space Fallout, and you only need to know that to want to play it. It will arrive sometime in the upcoming games to PS4, Xbox One and PC.

In the Valley of Gods

One of the best independent games of 2016 and of the best games, in general, was Firewatch and Campo Santo studios are already working on a new title called In the Valley of Gods that, as announced, will take place in the valleys of Egypt to tell the story of an explorer and filmmaker of the 1920s. It will arrive sometime in 2019, although they have not specified to which platforms.

The new installment of the Gears of War saga will also arrive this year, this time starring completely by a woman, Kait Diaz, who will look for the origin of her family and the Locust, continuing the events of Gears of War 4. It will arrive sometime in 2019 to Xbox One and PC. 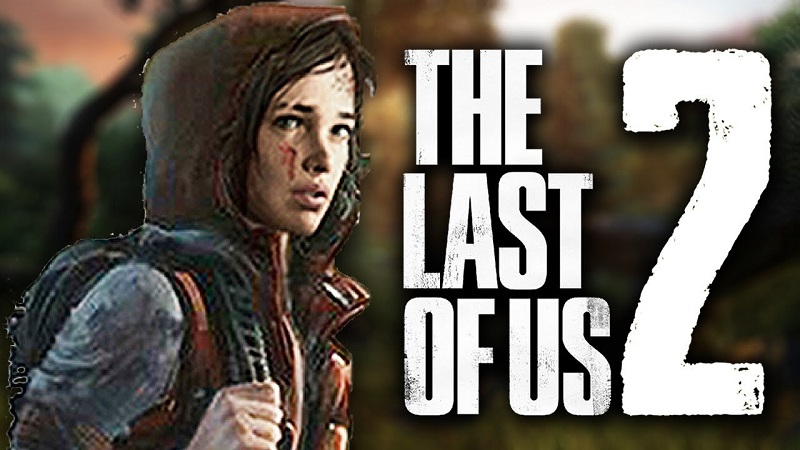 The Last of Us Part II

The sequel to the mythical The Last of Us was announced in December 2016 by Naughty Dog, and everything seems to indicate that this year will be released and we will be able to play it. In 2017 I included it as a “bonus” from the list of the most anticipated games of 2018, even though I imagined that we would not see it that year, but this time it seems that it will be different. Ellie and Joel return sometime in 2019 to PS4.

Nintendo is developing several own games for the Switch, including Metroid 4, a new Fire Emblem title and a new one from Animal Crossing. But perhaps the most anticipated is the new release of Pokémon, which will hit Switch with an RPG game similar to that of portable consoles.

I hope 2019 is your year. Because nothing costs to dream that there are so many upcoming games.