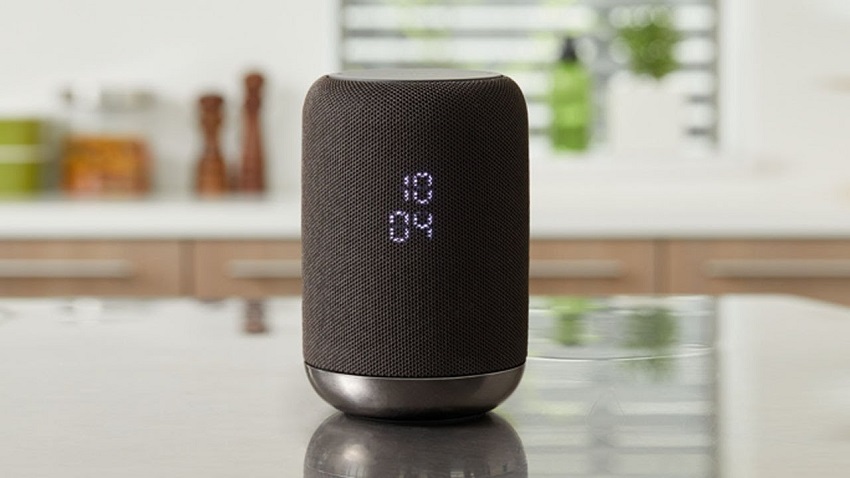 Google Assistant, Alexa, Siri, Bixby, all have in common to live in their respective clouds, but they are beginning to have an important presence among us since the virtual assistants by voice have learned to speak the language of Cervantes. These are some of the best smart speakers for less than 170 dollars that you can buy.

The speakers with integrated intelligent assistant have been one of the star gifts during the past Christmas thanks to the user options that currently allows and the potential offered by the control functions of other intelligent devices (Internet of things).

The main technology companies already have one or several smart speakers in their catalogs. So it’s time to review their situation in the market. And see which are the best smart speakers for less than 170 dollars that you can buy.

These speakers not only allow you to listen to music with excellent sound quality, but you can also make voice queries and turn it into a control panel for other connected objects such as lights, appliances, televisions and an increasing number of devices, among many other options.

Most of the speakers use the artificial intelligence of Google Assistant or of Alexa to turn them into intelligent objects, while the alternative of intelligent speakers of Apple doubles the budget limit of 170 dollars that we have set ourselves in this selection. 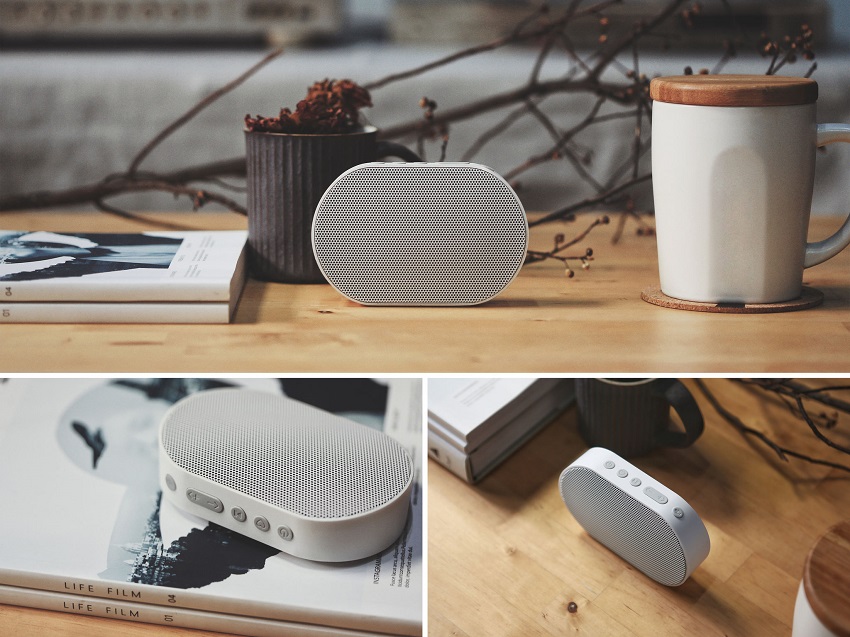 We begin our review of the best intelligent speakers for less than 170 dollars that you can buy with a really innovative model that stands out for its portability. We are talking about the GGMM-E2.

Besides having a very compact size, you can take the GGMM-E2 with you as it is one of the few intelligent speakers that you can use anywhere since you do not need a power outlet to work.

It integrates a battery of 2,200 mAh that provides a range of about 14 hours of playback. But are reduced to 5 when connected to a Wi-Fi network to squeeze the most intelligent functions.

Inside we find an artificial Alexa Alexa from Amazon that will respond to your orders after saying the command “Alexa”. The sound power is 10W, the usual Bluetooth wireless speakers of this size, provided by two 5W speakers.

One of the most versatile options to get a portable smart speaker. And that you can get for only about 48 dollars on Amazon. 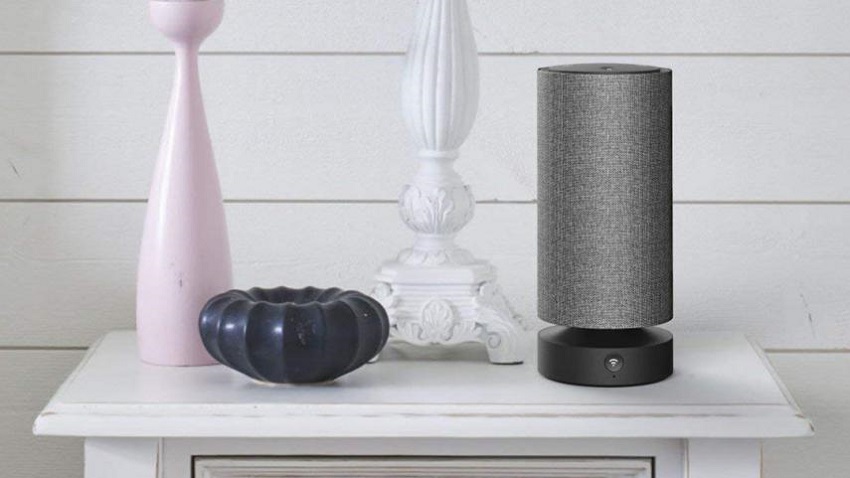 Ornin Sense is another of the intelligent speakers for less than 170 dollars that you can buy. And can be a good saving compared to other models.

One of its main arguments is the sound quality, with a deep bass thanks to its 2-inch speaker with wide travel that offers greater clarity.

This intelligent headset can also be used anywhere, although weight. And size is not as versatile as the GGMM-E2 that we have already seen. However, having an internal battery of 2,000 mAh provides enough freedom to move it inside your house without having to worry about plugging it.

With a power of 5 W and control buttons on the top, this smart speaker allows you to interact with Alexa. But also works as a conventional Bluetooth wireless headset that you can link with your devices to play music.

The Ornin Sense smart speaker is available on Amazon for about 90 dollars. 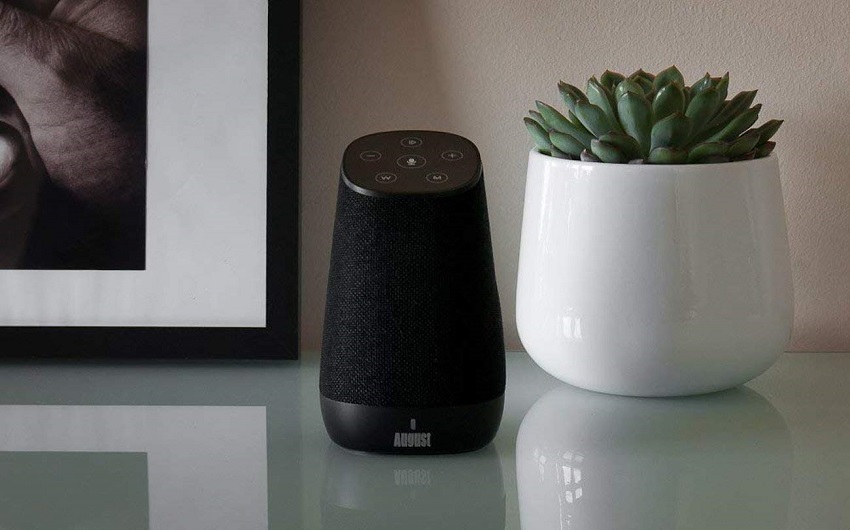 In addition to the functionalities provided by Alexa to smart speakers, this type of device allows sending audio to smart speakers installed in other rooms and creating complete multiroom sound systems for very little money.

The August VENUS can function as a conventional Bluetooth speaker or connect to the Internet by enabling the artificial intelligence functions of the Alexa virtual assistant.

Inside we find a battery that allows you to operate autonomously for 8 hours. And a pair of speakers that provide a power of 7.5W each. The buttons on the top allow you to act on the speaker comfortably.

Amazon for about 95 dollars. 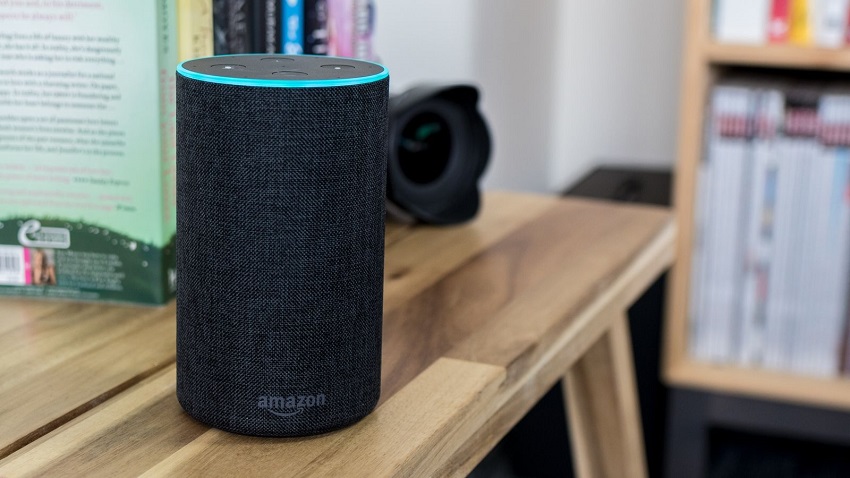 The intelligent Amazon speakers have come to Spain as a hurricane in just a couple of months has managed to capture a significant slice of the pie positioning itself as the leading provider of virtual voice assistance with a share of 73% market share.

Amazon has equipped its 2nd generation Echo with a matrix formed by seven microphones equipped with noise cancellation that allows them to capture orders and execute them with extreme quality even in noisy environments.

The sound quality is also one of the hallmarks of Amazon’s intelligent speakers. Thanks to Dolby’s collaboration in the final adjustment of Amazon’s speakers. It has a 63mm subwoofer placed in an inverted position. And a 16mm tweeter located in the opposite direction that provides clear and powerful sound with a range of 360 °.

The Amazon Echo second generation is available on Amazon for about 108 dollars. And is positioned as one of the best smart speakers for less than 150 dollars. That you can buy for its excellent balance between functions and price. 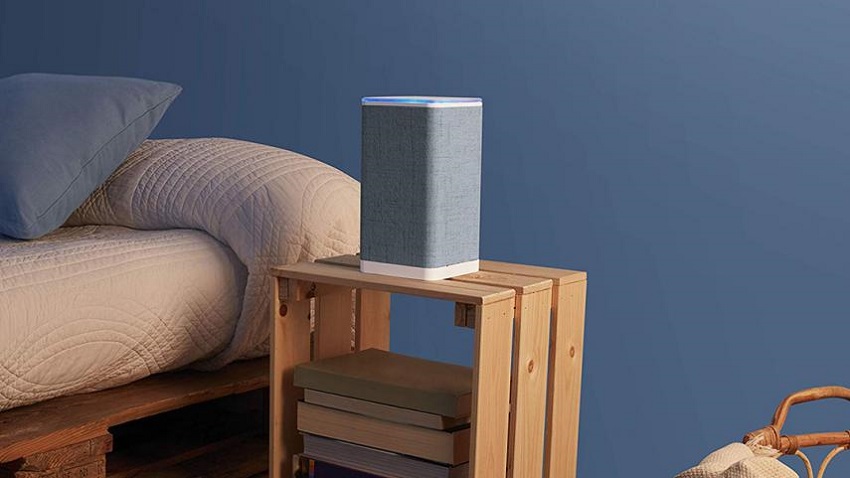 Energy Sistem is one of the most active and dynamic Spanish manufacturers that has an interesting variety of Bluetooth wireless speakers.

Far from being satisfied with presenting a single model. Energy Sistem has presented a complete range of intelligent speakers that integrate Alexa in Spanish as a virtual assistant.

This time we put the focus on the Smart Speaker 5, the intermediate model of the Smart Speaker family of Energy Sistem that puts in the spotlight the Amazon Echo offering superior performance in terms of power and sporting a very up-to-date design.

We speak of a 2.0 sound system that offers a power of 16W with very strong bass. And excellent voice reception that will allow you to use it. As a hands-free call to make calls from Alexa or to ask everything you need to the virtual assistant. 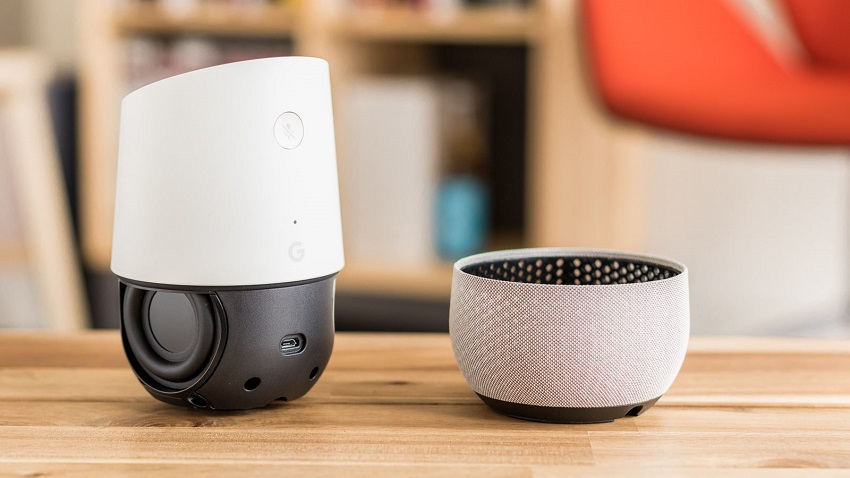 They say that whoever hits first, hits twice. This, in the case of smart loudspeakers and virtual assistants, is not strictly enforced since Google came first in both cases. And, while it is true that their voice assistant is in a huge number of devices. Their smart speakers Google Home have only managed to reach 14% market share.

Google Home is the smart loudspeaker with Google Assistant of greater size and power than Google sells in Spain. And has a series of touch buttons on the top that allows the user to mute the device easily.

Its sound quality is given by two two-inch speakers and two passive radiators that offer a greater depth of bass. Its minimalist and compact design allows it to fit into any style of decoration thanks to the quality materials it uses.

In addition, if you have a pair of Google speakers. You can send voice notes to reproduce and communicate with the rest of the family without having to get up from the sofa even if they are in other rooms.

Google Assistant is integrated into a large number of devices. So it is easy to pair them with the loudspeaker and control them using voice commands. Google Home is available on PC Components for about 130 dollars. While the Google Home Mini, the most basic and reduced version costs about 65 dollars. 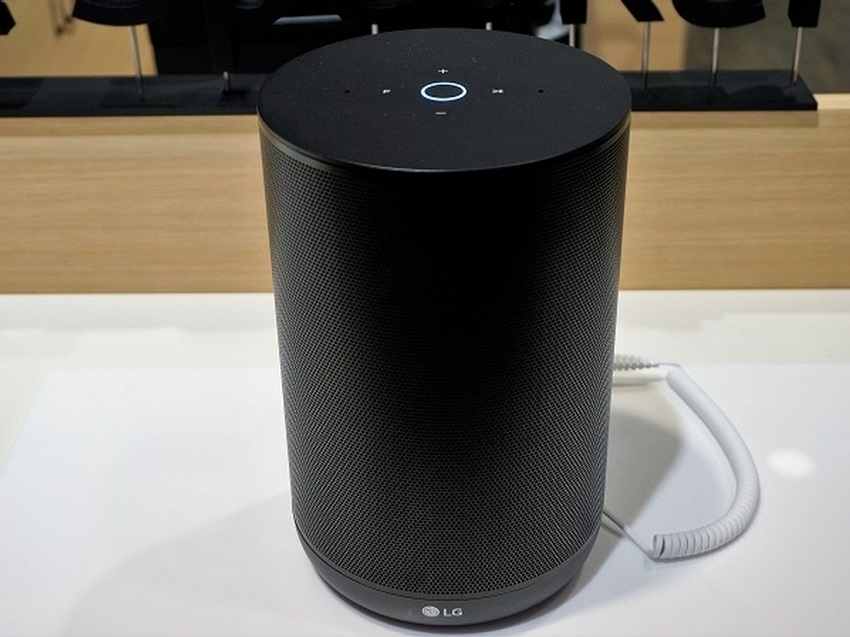 LG has not wanted to be left out of the news in smart speakers. And taken advantage of its collaboration with Meridian Audio to develop its LG WK7 smart speaker.

The cylindrical design facilitates the diffusion and reception of 360 ° sound with a series of controls arranged in the upper part. LG’s own personal note can be found in the external coating of the speaker. Which opts for a metal grid instead of using fabric to cover the speakers.

The experience of Meridian Audio, with more than 60 years dedicated to the manufacture of audio components, is evident in the quality and sound power offered by this headset.

It has a power of 30W offering a well-calibrated sound. And a strong presence of bass thanks to the 3.5-inch woofer. Which allows you to play music with a sample quality of 96 kHz and 24 bits.

The extensive support offered by Google Assistant as a virtual assistant makes it possible to control a large number of digital home devices through voice commands, including most LG TVs, as well as refrigerators, air conditioners and dozens of brand devices.

It also allows functions such as multi-room support, which allows you to send quality sound to a different speaker located in another room in the house. This makes it one of the best intelligent speakers for less than 170 dollars that you can buy.