The first Samsung 8K TV already on sale, does it worth to buy them? 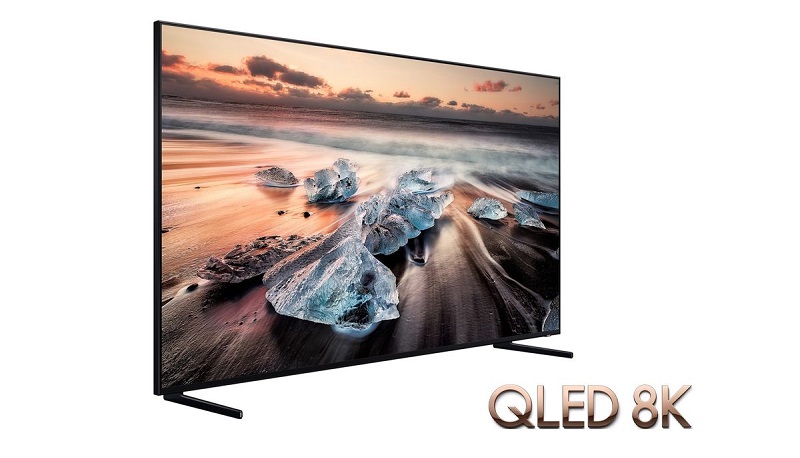 Samsung has announced the availability of the first Samsung 8K TV with 8K resolution in us market. There are three models with three sizes: 65, 75 and 85 inches, which we already had the opportunity to know at the time, with a recommended price of $4,999, $6,999 and $14,999 respectively. All of them are a technological milestone that nevertheless raises great doubts about their practical utility at present. Mainly because there are hardly any contents in 8K and the few that arrive via streaming require a connection with a powerful bandwidth.

Well, a frame of an 8K footage (7680 × 4320 pixels) is equivalent to a resolution of about 30 megapixels. Superior to that reached by many professional photography cameras. Taking into account that to create the famous effect of the retinal persistence, the screen must emit at least 24 frames with that resolution per second, we are talking about processing a very high amount of data when recording the images, transmitting them and decoding them.

This poses important technological challenges. Mainly when distributing this content. Considering the decline of physical media, such as Blu-Ray discs, most 8K content will need a generous bandwidth to be broadcast through the Internet. I agree the necessary speed is already available in many homes. To view a real 8K TV a software technology that manages to compress those images without losing too much quality to travel the network is also required. 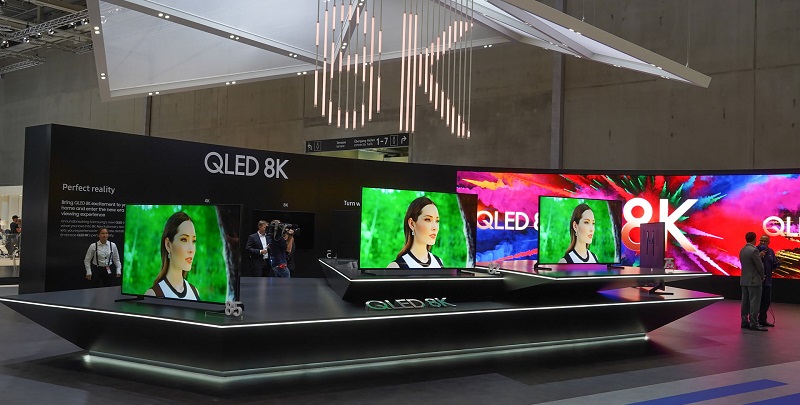 What is an 8K image compared to others of lower quality

For an 8K screen to true view, we must locate it at a certain distance from the viewer. So to enjoy the 8K images in their fullness we need wide spaces. Unfortunately, we do not see wide spaces in current homes.

That’s why buying a Samsung 8K TV nowadays only makes sense for the most enthusiastic of the image. Although at least for now YouTube has already allowed broadcasting 8K content. By the way, try to play the video with that resolution that accompanies these lines in 8K mode. Surely your Internet connection, however fast, has problems loading it. Let’s not talk about what it means to broadcast these signals because of the limited radio-electric space destined for television. It is doubtful that one day we will see conventional television broadcasts in 8K.

Will Netflix adopt as it did in the case of 4K resolution 8K? We do not think that something like this will happen with Netflix or with other content distributors overnight. Especially due to the scarce footage, and even film crew, existing for 8K. In fact, there are very few cameras that allow filming with this type of resolution. They are all in the most professional range.

Challenges that have to overcome

The 8K resolution poses new and unexpected challenges, such as every time a jump is made in resolution. The first one is that this realism in the images can even become excessive. Let’s think for example that there are cosmetics companies that launched makeup specially prepared to hide the imperfections of the face when the TVs with Full HD resolution were launched. The wrinkles that remained invisible before making the jump to the high resolution, showed with this. At 8K, the visual information we will receive will be much greater.

Returning to the Qled televisions that Samsung has put on sale say that we are looking at three interesting products beyond their resolution. The company has explained that these have artificial intelligence bigcitymaids.com. This aspect is due to the fact that by ‘inflating’ the images filmed in Full HD or 4K up to 8K, the Samsung 8K TV requires a processor to invent the missing pixels as best as possible. In the same way that Photoshop allows interpolating a photo extending its original resolution to be able to be printed on large format papers.