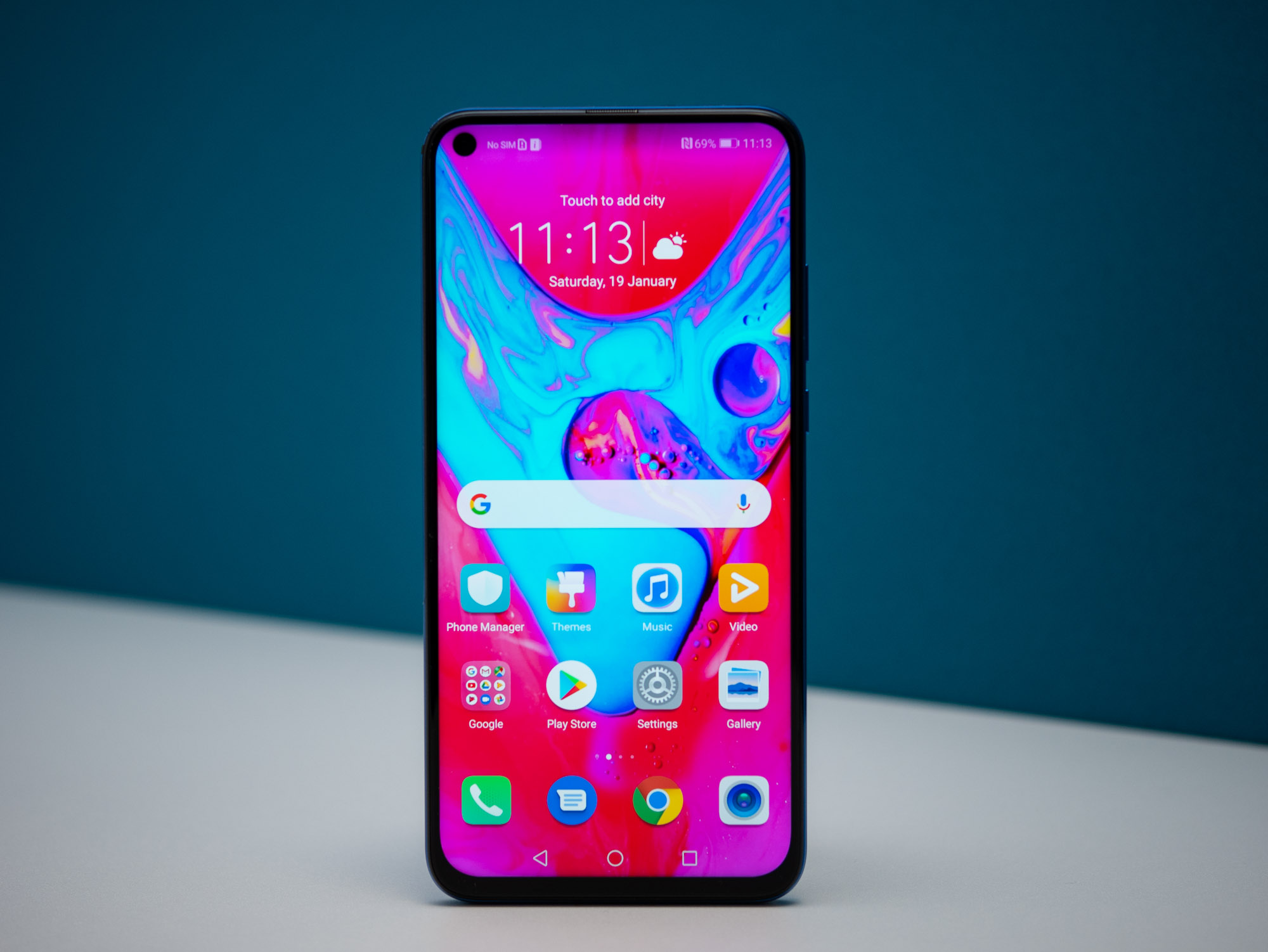 Announced in China at the end of December, the new Honor View 20 officially debuts in market. The top of the range, which has already received various awards at the CES 2019 in Las Vegas, brings to the market several innovations, among which the nanotexture design, the in-display front camera and the 48 megapixel rear camera stand out.

George Zhao, president of Honor, said: “Across the world Honor’s View series smartphones are conquering professional reviewers and fans, offering innovative technologies and the best performance in the industry. Honor fans require smartphones that offer the best performance. Honor View 20 was designed with their needs in mind. We are excited to offer this must-have smartphone to users around the world.”

Aesthetics has always been one of the strengths of Honor smartphones. With View 20 a new design called Aurora Nanotexture is introduced. Using nanolithography, a glass cover was made with a V-shaped color shade that recalls the name of the series. The View 20 is also the first international smartphone with an in-display camera. In the upper left corner there is a small, 4.5 mm wide hole, created by a lithographic process. The absence of the notch and the much reduced thickness of the frames made it possible to obtain a screen-to-body ratio of 91.82%. 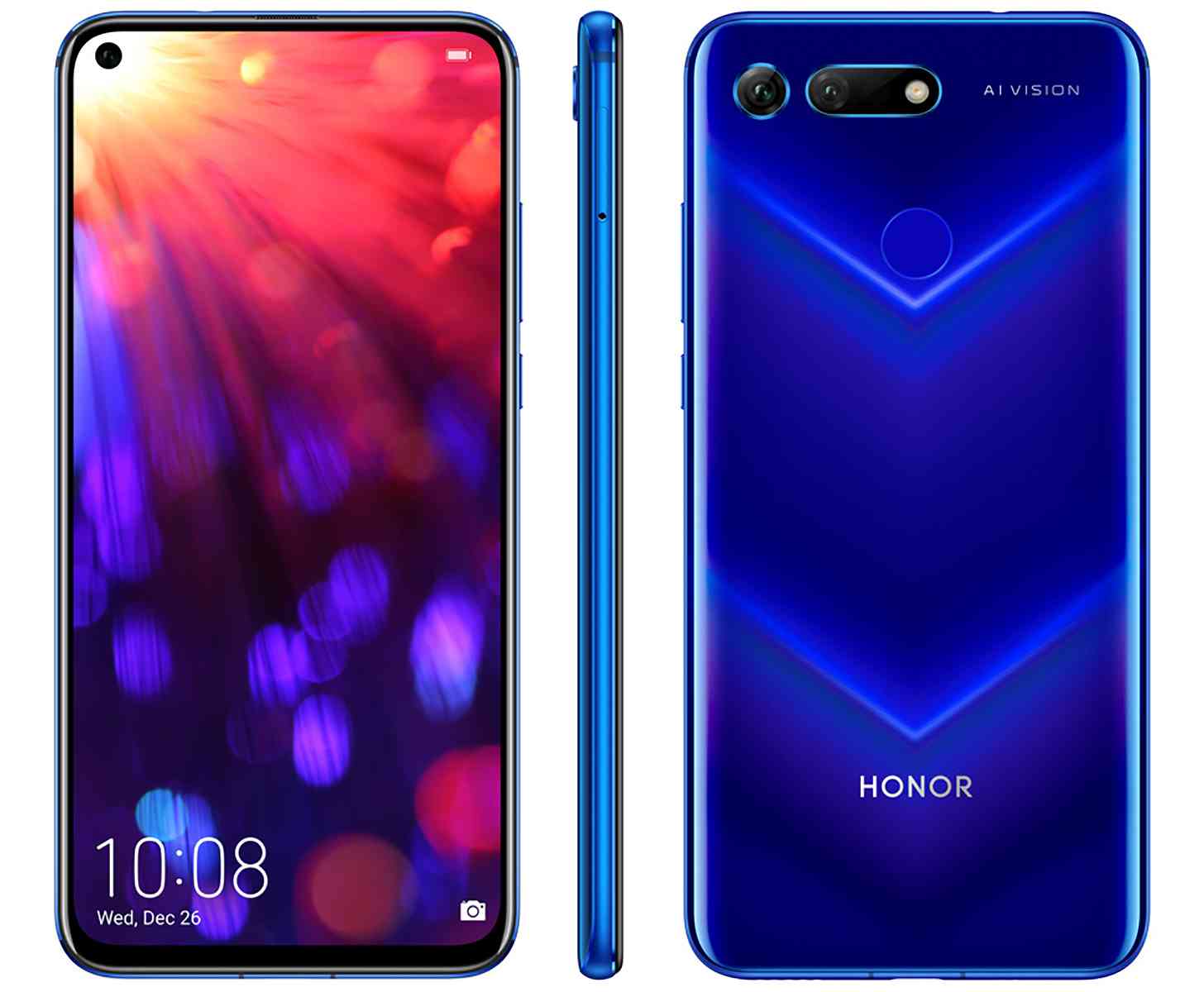 Being a high-end smartphone, the hardware equipment includes the best of current technologies. Honor has indeed chosen a 7 nanometer Kirin 980 octa core processor with Dual NPU and liquid cooling system, flanked by 8 GB of RAM and 256 GB of flash memory. The All-View screen has a diagonal of 6.4 inches and a full HD + resolution (2310 × 1080 pixels).

The in-display front camera has a 25 megapixel sensor, combined with a f / 2.0 aperture lens. On the back there are instead two cameras, in addition to the LED flash. The main one has a 48-megapixel Sony IMX586 sensor and an f / 1.8 aperture lens. Thanks to the pixel binning technique, which combines four adjacent pixels in one, you can get almost perfect 12 megapixel shots in low light conditions.

Honor has developed various AI technologies and algorithms that improve image quality (in terms of brightness, contrast and color fidelity). There is also support for more traditional features such as HDR, bokeh effect and automatic recognition of over 1,500 scenes grouped in over 60 categories. The power of the Kirin 980 processor also allows you to record video in super slow motion at 960 fps. Artificial intelligence is also used for editing videos and calculating food calories.

The second rear camera is ToF (Time of Flight) 3D. You can capture information about the depth and movements of objects in real time. Thanks to this camera, the smartphone becomes a portable gaming console. Connectivity is guaranteed by the 802.11ac WiFi, Bluetooth 5.0, GPS (dual band L1 + L5), Galileo and LTE modules. There are also the fingerprint reader on the back, the USB Type-C port and the 3.5 mm audio jack. The 4,000 mAh battery supports fast charging (55% in 30 minutes). The operating system is Android 9 Pie with Magic UI 2.0.1 interface.

Honor View 20 is available in three colors offered by the manufacturer at the launch: Midnight Black, Sapphire Blue and Phantom Blue (Moschino version). Users can buy it online on the official HiHonor store or in the main consumer electronics chains. The recommended price is 699.90 dollars. 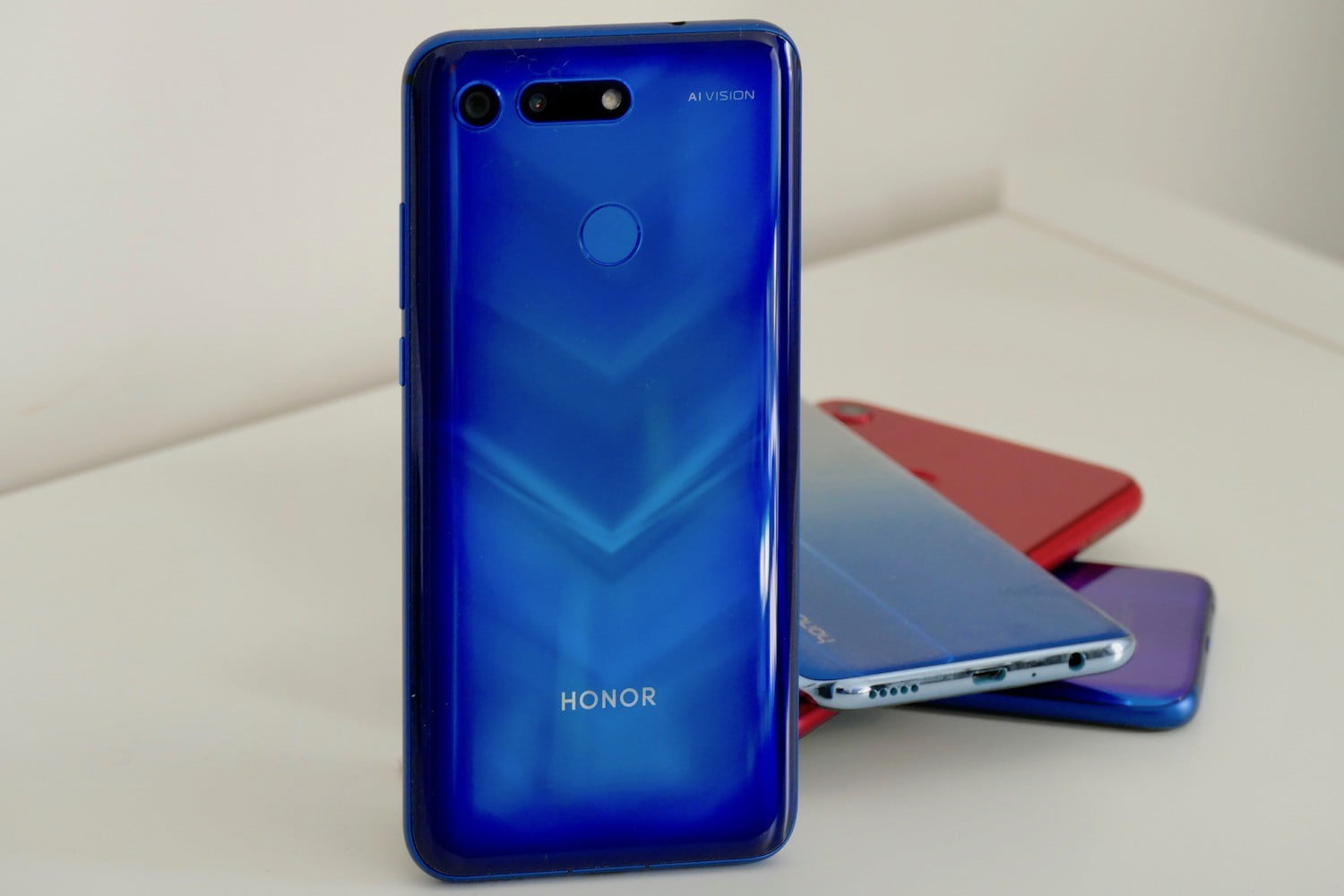 In the last 3 years, Huawei has been able to make the P range – and later also the Mate range – aesthetically appealing and attractive. If it weren’t for the fact that beauty is largely subjective, we could say that Huawei has produced the most beautiful smartphones of 2017 and 2018. And, in 2019, the bar is so high that the target refers to the line of Honor smartphone. Back in 2018, Honor View 10 Lite proved to be an excellent example that, at a very low retail price, could stand out for its performance and elegance.

Honor View 20 is the successor to the range, and the bar has never been so high: it is aesthetically appealing, has an impressive camera, is light and has a price that puts it right in the middle between a top of the range and a mid- range. It has all the credentials to become a 2019 best buy, if its price goes down during the year.

Already today, however, Honor View 20 is recognized and it is clear that it is part of the View range: smooth rear body worked to give a unique reflection, which this time is in the shape of V.  Large display, 6.4″ and effect 2.5D on the edges that gives an excellent grip and at the same time makes it pleasant to use even for many hours. And finally, the author’s signature: via the notch, welcome camera on the display.

Honor View 20 is a smartphone designed to be used for a very long time. The combination of large display, excellent grip and extraordinary autonomy makes it a perfect device for Netflix, feed readers, messaging and social networks. With the latter two, the situation is certainly worsened by the fact that, being the display very large, it is difficult to write with just one hand. In general, Honor View 20 is hardly usable with one hand. But after all, the size of smartphones doesn’t seem to diminish over time, so maybe it’s not even a variable to consider anymore.

The performance of Honor View 20 is excellent, and there is nothing to discuss. The apps run smoothly, even the split screen is managed well and without lag. Even turning on the phone, which is usually very long, on Honor View lasts less than 20 seconds. After all, the chip inside is the Kirin 980, with a 7 nm production process, and 8 GB of RAM.

Magic UI, version 2.0.1, always proves full of duplicate apps (which, by now, is automatically grouped into a single folder), but in general it seems less convoluted than EMUI. Although there are no obvious dissonances between the two graphical interfaces, using Magic UI seems simpler, more friendly. The optimization seems, almost imperceptibly, better. 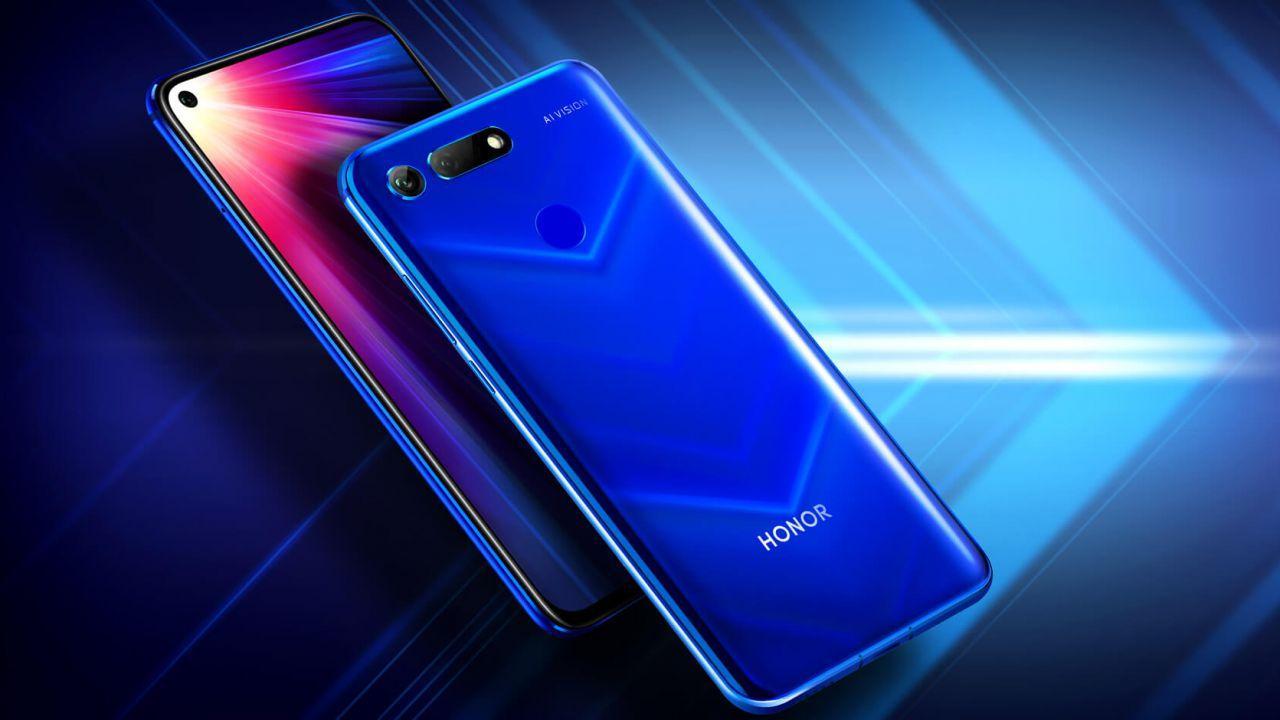 The multimedia department is really noteworthy: Honor View 20 is one of the first smartphones to adopt the new Sony IMX586 48 MP sensor as the main rear camera, which is then assisted by both the flash and a sensor called 3D ToF (Time of Flight). The latter is a sensor similar to the one that allows the iPhone X and later TrueDepth camera to recognize 3D objects in a scene, but exploiting a method that is not based on the lighting of 30 points of an object and calculating the distance of the points, but on the calculation of the time it takes for the light to travel the distance between the camera and the object, when the object is hit by beams of light.

To date, there are only 3 apps that support this 3D feature, and one is Magic AR, which allows you to place objects in reality (thus creating an immersive reality environment) or build on a person a defined character (augmented reality).

In general, the quality of the photos and videos of Honor View 20 is excellent: even with an 8x digital zoom (which makes one feel the lack of optical stabilization very much) the image appears slightly grainy and with well reproduced colors, perhaps slightly saturated. At night, the test is largely passed: in a dark room, a photo was taken at the screen of a laptop with maximum brightness of the display on a desk, and the smartphone was able to effectively attenuate the white values, creating a proper outline writing on the monitor and leaving the rest of the scene in the dark anyway.

The front camera is 25 MP and is the factor that really makes Honor View 20 special: it’s the only hole that has the display, in the upper left corner. It does not control the contrast very well, shooting the lights even to cover the light on the main subject. The colors are well reproduced, but strangely the details seem to be all softened – style beauty effect, which however seems to be increasingly used.

The autonomy of Honor View 20 leaves no surprises: up to 2 days of autonomy with average use and 1 and a half days with intensive use. During the 10 days of testing, the smartphone never downloaded before a day. The reasoning leads to think that, at this point, 1 and a half days of autonomy must be the norm and that excellent smartphones must be considered as such only if their autonomy is more than two days.

In conclusion, Honor View 20 is loved. It is elegant, fast, large, with a camera that is ready for any kind of shooting. The list price to date is $699.90 for the 8 + 256 GB version, but on Amazon it is already under $600. It is one of the few Honor to have such a high price, but it will certainly fall in the coming months. If today is an excellent purchase for those looking for a top of the range, when it drops to $350-400, it will be an exceptional purchase for anyone. 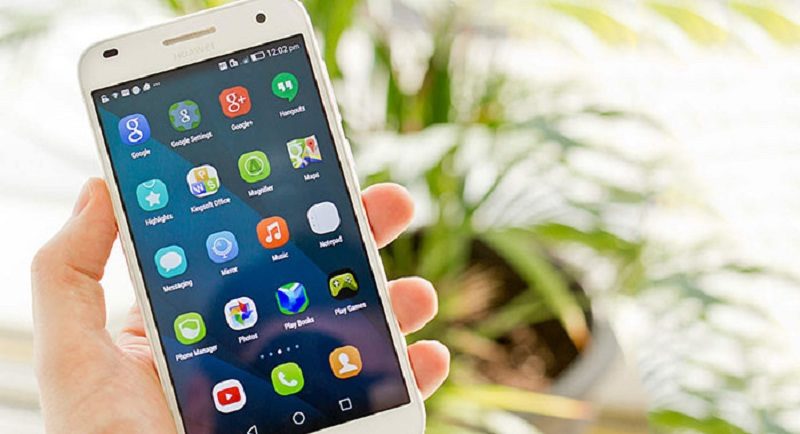