The history of computer generation 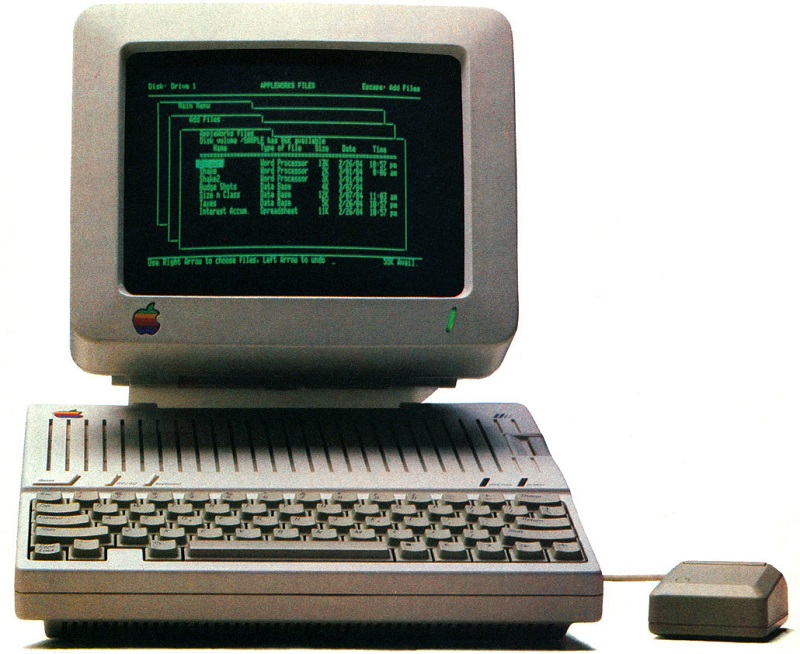 Although only from the ’90s computers could be recognized by a large part of the population, but the history of computer generation goes back many years. A vast generation of computers that even in the 21st century still does not know about them.

In 2000 they began to be part of the daily life of people. Although in 1946 the first electronic digital computer called ENIAC was developed, by the year 1936, (10 years ago) it was already giving shape and meaning to what is now known as a computer. We should have thanks to the manufacture of the Z1, which for many is the first programmable computer in history, despite being recognized as a binary mechanical calculator.

From computers lacking an operating system, built with electronic valves, passing through transistors to microprocessors are just some of the features that stand out for each generation of computers. But, how were those first machines and what were they used for?

Let’s look back to a better understanding of all this history of computer generation! 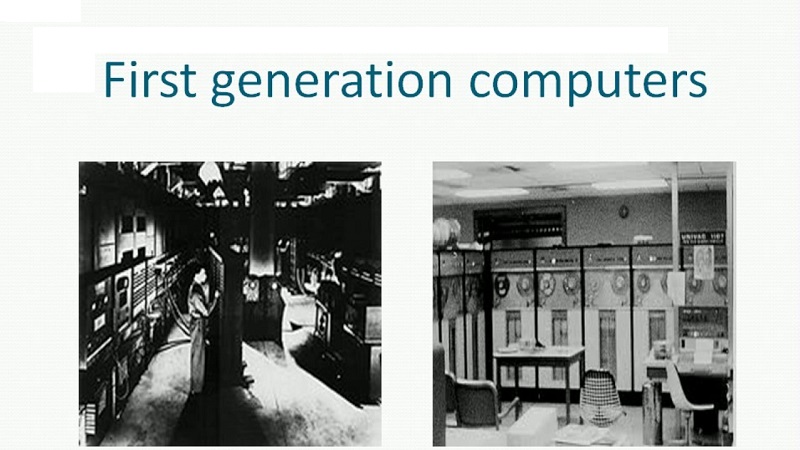 For this time, the technology used was vacuum tubes. These are famous for having enabled the development of electronics around the middle of the 20th century. For this reason, computers were developed with electronic vacuum valves. They were characterized mainly by having a huge size, not having an operating system, but a perforated card to store all the information and was used exclusively by the military forces and the scientific industry. According to the Wikipedia web portal and the references found in the Current Encyclopedia of Computing. The history of computer generation that marked the first generation milestone were:

La Zuse Z1: Designed by the German engineer Konrad Zuse in 1936 under the electro-mechanical system and with its own financing from its inventor and his relatives. It is said that it was built in the department of the parents of Zuse, because the Nazi government did not trust in the work of this computer.

La Zuse Z2: As everything that is created for the first time is not perfect, Zuse decided to improve between 1936 and 1939 his great invention. Thanks to the help of his friend Helmut Schreyer, who advised him to change the mechanical system by electronic circuit technology, implemented telephone relays to know the feasibility of the project, resulting in a machine a little faster, but almost impossible to perform due to the shortage of thermionic valve times.

The Zuze Z3: Considered the first automatic and programmable machine in history, was also created by Zuse in 1941 as a result of the combination of hard work and efforts invested in the Z1 and Z2. One of its great attributes was that it used the binary system and relay-based electromechanical technology to carry out its functions.

ENIAC: Although its creation merits the engineers John Presper Eckert and John William Mauchly in 1944, it was really a group made up of 6 women who programmed this computer. Like the Z2, the ENIAC was developed as a purely experimental machine and not a production one.

The Z4: Because the Z3 computer was destroyed in 1943 in a bombing carried out in Berlin during the Second World War, Konrad Zuse redesigned a machine as the final result of all his previous versions, using punch cards and the relay system. It is known as the 1st computer to be sold worldwide in 1950.

The EDVAC: Of all the history of computer generation until now, it was the second programmable and the first to use a computer storage program. Its creation is attributed to the United States Ballistics Research Laboratory of the University of Pennsylvania in 1949.

Between the years 1951 to 1955 several computer models were manufactured and built that marked the commercial beginning of this great technological invention. To this select group belong the UNIVAC I created by the same inventors of the ENIAC and cataloged as the first commercial computer procreated in the United States and La Zuse Z22 also developed by Konrad Zuse under the system of vacuum tubes. 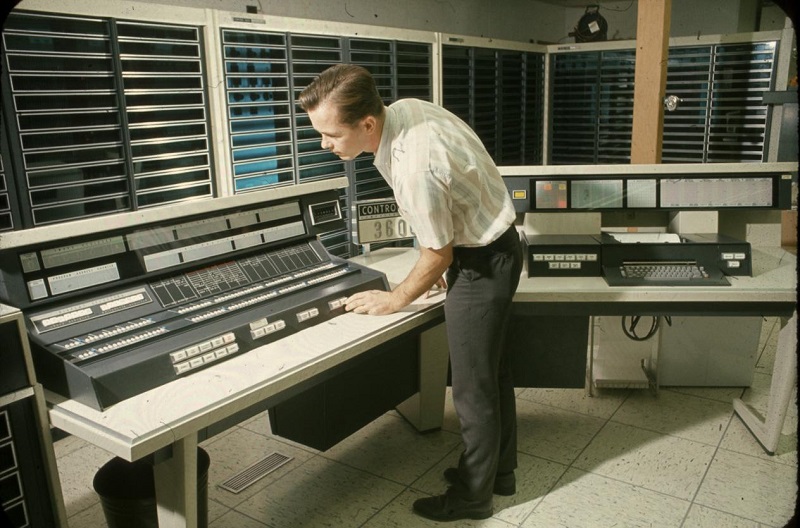 The great feat of this generation was the replacement of vacuum valves by transistors, accompanied by the use of ferrite core memories and magnetic drums to store information, which allowed the fabrication of smaller computers, characterized by better power, speed and the reliability. In this period they began to use high-level languages such as ALGOL, FORTRAN and COBOL, the latter two being the programming languages that the great computer scientist Grace Hopper helped to develop. We should thank to her knowledge of FLOW-MATIC. The most prominent history of computer generation during this time were:

IBM 1401: It was a general-purpose computer launched in 1959 by IBM that had a system based on transistors and punched cards. Due to a large number of copies sold (around 12,000) it was considered one of the most successful machines of the moment.

IBM 1620: It was a computer created primarily for scientific use and the first of its kind to be estimated as economical. It had a magnetic core memory and was launched on the market in 1959.

With the invention of the closed circuit or chip by the American engineers Jack S. Kilby and Robert Noyce, the design of computers is completely revolutionized. The first magnetic disks appear and the electronic components are integrated into a single piece or chip that houses capacitors, transistors and diodes inside, which help to significantly increase the charging speed and reduce the consumption of electrical energy. In this generation, computers are characterized by having greater flexibility and reliability, being smaller and occupy little space. The most outstanding history of computer generation of this time were:

CDC 6600: It was created in 1965 by the American Seymour Cray and was assigned the main use for the research of high-energy nuclear physics.

IBM 360: Designed by the IBM company, it was one of the computers that influenced the development of the entire 3rd generation of computers. 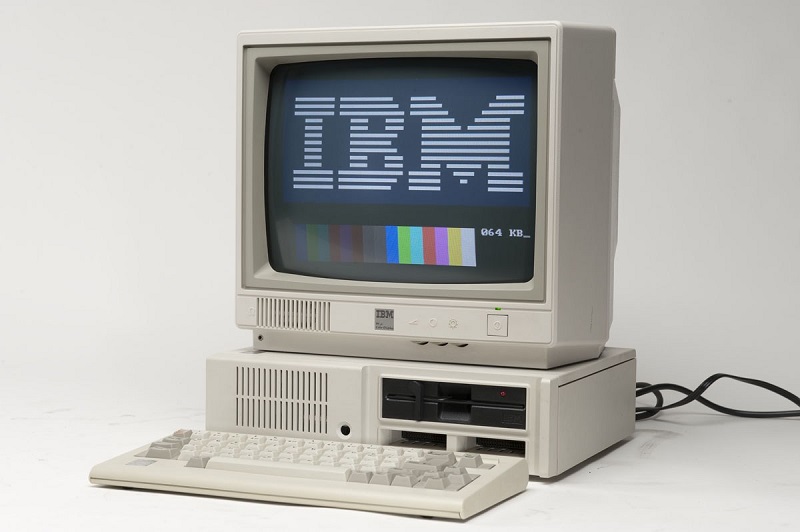 From this stage, personal computers become the protagonists of computers. All the elements that make up the CPU are now stored in an integrated circuit known as microprocessors and a large range of these elements manufactured by the company Intel, now recognized as the largest manufacturer of integrated circuits in the world, are beginning to emerge. The first microprocessor named 4004 was developed by Intel in 1971 and in 1974 the first designed for general use was introduced to the market. It was a great history of computer generation when the diskette appears. 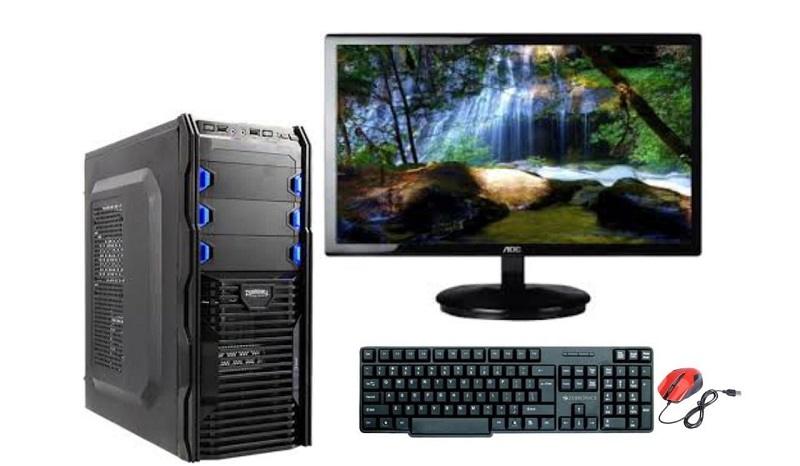 Two historical facts mark the beginning of this stage. On the one hand, the 5th generation project commanded by Japan in 1982, whose main purpose was to build computers with more advanced technology under more powerful programming languages for machines and less complex for users. On the other hand, the construction of the first supercomputer with parallel processing capability by Seymour Cray and his company Control Data Corporation called CDC 6600. In this generation, computers begin to perform tasks that still prevail today, such as the automatic translation of a language to another. Also, the storage of digital information is processed in gigabytes and the DVD arises. 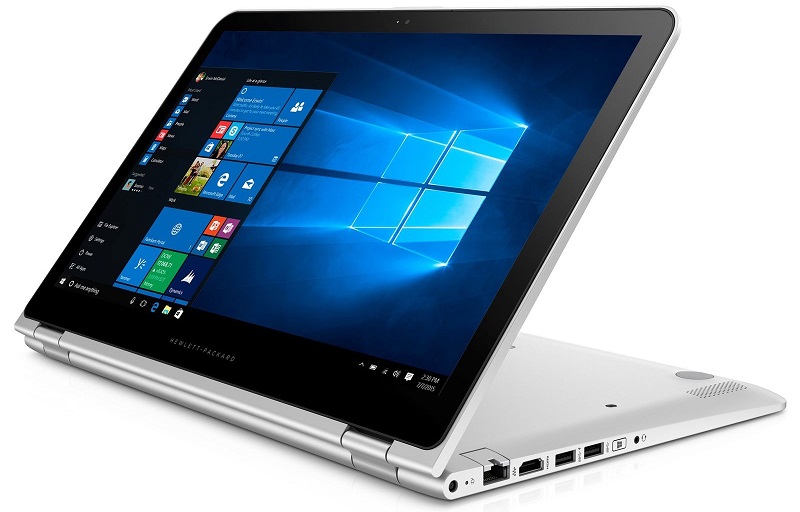 Although there are some disagreements about the existence of a 6th generation of computers, the fact is that computer science has not stopped and every day advances on a larger scale. Artificial intelligence, the vectorial and parallel architecture of computers and the incorporation of chips from specialized processors to carry out certain tasks, currently predominate.

We have tried to present a better display of the history of computer generation. However, there is still a long way to go for digital technology and according to industry experts such as the great Stephen Hawking, the next generation will be marked by the maximum development of quantum computing and its implementation.

“The construction of a quantum computer is not a problem … We know how to join the chains of quantum operations on paper and how they will end up providing us with a quantum computer, the problem is to transfer it to real hardware” Stephen Hawking.