Block Machines: Types of models and how they work? 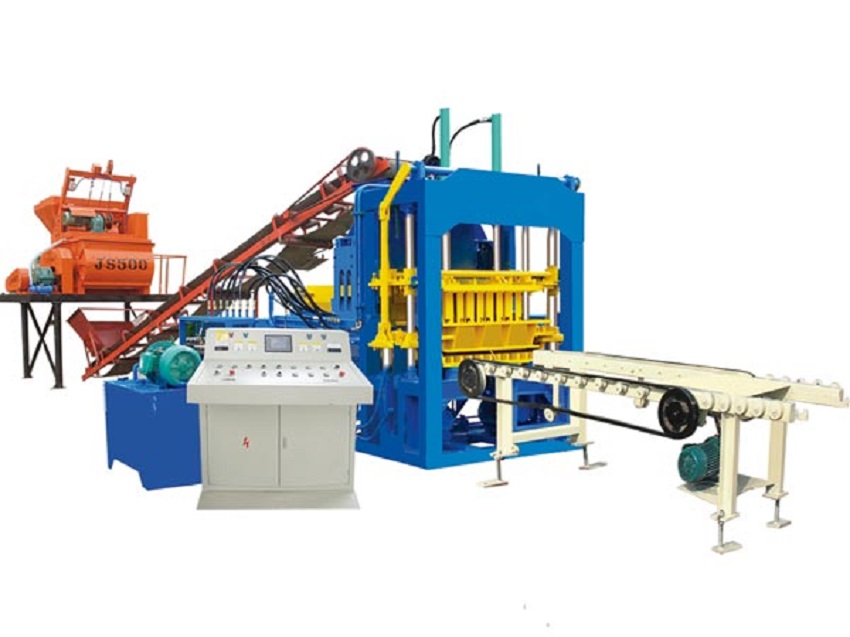 The construction business grows every day and becomes more demanding, making it essential to optimize some processes such as the manufacture of concrete and concrete blocks.

Currently a large number of high-quality construction elements produced with cement, water, and sand. Some of these are the blocks, the vault, the partition, among others.

These elements called Vibro-tablets are made with Vibro-compactor equipment, commonly known as a blocking machine.

Do you know what a blocking machine is and how it works? Well, do not worry that here we will discuss block machines …

What is a block machine?

It is a mechanism designed for the manufacture of cement blocks that consist mostly of a vibrating table, a mold with different cavities depending on the size and type of elements that are manufactured, and compactor plates adapted according to the type of mold that is I am using.

According to history, the first machines used in the elaboration of cement blocks were limited to simple metal molds in which the mixture was compacted manually; this method or formula of production continued to be used until the 1920s when the first equipment with mechanically operated hammers began to emerge.

Shortly afterward, the convenience of compaction achieved based on simultaneous vibration and compression was discovered. Currently, Blocks Machinery Rometa are the most modern and efficient machines that make use of this Vibro-compaction system.

This equipment to make concrete blocks, use different components that help you in the manufacturing process.

As already mentioned above, a blocking machine is mainly built by a vibrating table, a mold, and a compactor. But regardless of this, you need a base where you can place the springs that facilitates the transmission of the vibration effect of the engine to the table.

It is also important to mention that a pair of rails and a carriage are needed to move the compactor and the filling and compaction of the mixture can be carried out.

There are currently different types of machines for making blocks, from static machines to laying machines. But in general, there are four models of machines that you can find in the market and they are the following …

How does a blocking machine work?

Initially, the machine feeder cart must be filled from the storage hopper with an amount of mixture that will depend on the size of the mold to be filled.

At the same time, it should be placed below the base of the mold, the tray on which the finished products will settle.

2. Filling or feeding the mold

Once the feeder car is full and the tray has been placed in its place, the mold filling phase is passed, where the feeder car is agitated by a crank-crank mechanism and the base of the mold is subjected to the first stage of vibration, benefiting from a better filling.

Once the mold-filling period is over, the feed assembly is removed.

3. Compaction / Vibration of the Mix

Once the mold-filling phase is completed, the Compaction / Vibration phase of the mixture begins, where product shaping is achieved.

In this stage, the Mold Ram descends to a defined height and the second phase of vibration is subjected to the base of the mold, where for a time interval of approximately 2 to 5 seconds (10 maximum) the elevation is reached the end of the product and the compaction/vibration stage is concluded.

At this stage, the first thing that is done is to decompress the Ram and then move the base of the mold upwards generating the demold.

Since the base has exceeded the height of the products reaches a defined height, the tray continues to be removed, while at the same time the tamper moves upwards to its initial location. It is here where the cycle begins again; the base descends again until it comes into contact with the new tray and since it is in position the car starts the new filling.